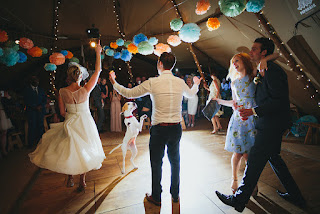 A stupid smile spread across his face. “Are you OK, Dave?” I asked. He leaned back in his chair, slowly, and I realised he was more than alright. Still, I tried: “Dave…? Dave…?” It was no good. He pushed the chair back, stood up and spread his arms, stretching very slowly. It was all too familiar. Lara noticed; then Ali, Evan and Steve. Dave started walking. I realised he got up half-an-hour before, mentioned something about being bored and went missing for a bit. He came back and sat down not saying anything, very quiet. He must have taken it somewhere then.

‘It’ went by a few names, Quark, Timewarp, Drop, 3AM Eternal. Dave was the first of our group to try. He had a sixth-sense for scoring, where to go who to ask; also when to go clean. He was forever getting patted down in nightclubs but I don’t remember him ever getting caught – good old ‘Dangerous Dave.’

He wanted to share the latest buzz with his friends. “You have to take it to know” he’d say. “There’s no contact high with this.” We eventually turned on one afternoon in our house in the second year of university. Dave had already persuaded the others, Lara, Ali, Evan, Steve. I came home from a morning lecture and found them in the kitchen. He was telling the others, “run your hands under the tap… hold them up… now watch the drops fall.” He'd been trying with me for months. I didn’t want to be stuck in my room dodging bliss-zombies so I gave in and it was good. People wouldn’t take it if it wasn’t I suppose.

I was a typical first-timer apparently. I got caught up staring at the railway line down beyond the bottom of our garden. The trains flowed like fluid metal singing in a clear pipe. The sky was fascinating too, watching the banks of clouds like waves dragged along by an invisible force. This gave way to night and the small dusting of planets and stars tracking light across the sky. It all happened in what seemed like twenty minutes. Stargazing, I felt Dave plant a hand on my shoulder. He looked at me with a patronising grin:

“Come inside. You’ll get cold.”

Forty-eight hours of normal time sped by before the effects wore off. It helped that my first experience was at home. If we had taken it somewhere else we could have caused trouble. One of the side effects is people living through normal time cannot physically touch the user. There are lots of theories as to how it works. Most of them involve misinterpreting Einstein. Back then it was a legal high. Users were merely a nuisance to the sober. When Dave got up at the reception and drifted slowly through the crowd to the dance floor it was illegal. A ripple of embarrassed laughter billowed over the room, followed by gasps and angry stares.

“I’m sorry” I said to our silent accusers, “I don’t know what’s going on.” It was Lara’s Sister’s wedding. We hardly knew anyone there. We were practically crashers. One of Lara’s Aunts referred to our table as the ‘ravers from university.’ Unfair but it was the consensus, probably why someone shouted:

I stood up, as if that would help, and followed. “Dave” I said, “knock it off, it’s not funny.” I tried to grab his arm but my hand glanced off him. He was definitely on. The hubbub reached the top table.

“I’ve had enough” said the Voice. It was the Best Man, a human spud called Eddie. He was bowling toward us in anger. I also knew him from university, a sport science student who turned top-heavy steroid abusing personal trainer. He had wanted to ‘have enough’ for years. He hated us ‘druggies.’

Evan lived with him for a bit after university in a flat-share-of-convenience. Though our group went separate ways we always stayed in touch, Dave made sure of it. One evening, after a reunion night out, we crashed round Evan's place. Eddie often prowled around the house at night, eating a chicken or drinking a shake. He usually wore a silver dressing gown. This time though it seemed he was asleep. We tried to be quiet, sat around the front room, but it seemed we woke the beast. Eddie almost fell down the stairs, yelling in unintelligible fury. We all stared at him, silently, waiting for him to peter out or hit someone. Eventually he looked at Dave and asked “are you high?”

We were only drunk but he squinted at Eddie and eventually said: “Hang on… you’re a massive Dairy Lea.” Everyone laughed, except for Eddie of course, mostly because it was true. Standing there top heavy in his silver dressing gown Eddie was a massive Dairy Lea. If we hadn’t laughed Eddie might have torn Dave to bits like a chicken.

Back at the wedding, Eddie started bellowing and pointing at Dave though it had no effect. He still retreated in the face of Dangerous Dave’s silent serene smugness and the protestations of his girlfriend, I assumed, grabbing his arm and insisting it wasn’t ‘worth it.’ Dave stopped in the middle of the dance floor. Eddie snorted, shook off his girlfriend and drew back to punch Dave. He hit him.

There was a colossal clanging sound. Eddie howled in pain and recoiled. His blow rebounded like bone on steel. There was general pandemonium. Eddie fell back, slowly, slowly. Everything was slowing. The pandemonium faded. The whole room practically stopped but the six of us, our table, we were moving through normal time. I think Ali said something like:

For a moment Dave did not answer. He seemed awestruck. He looked our table, then at me and eventually said: